Because I don’t have that much going on with my life, I have recently discovered, much to my confusion, that I quite like most of Kevin Costner’s films. This would not have been a cool thing to admit 10 or so years ago where he was mainly a mocked man; that bloke that everyone pointed at and mumbled ‘he did Waterworld ya know.’ Most of the talk around Costner was about his various flops (The Postman, 3000 Miles To Graceland, Dragonfly) and his main claim to fame in the UK was playing Robin Hood with a pretty naff accent. He became a byword for mawkish sentimentality and box office losses even though this is the same man whose c.v. included The Untouchables and JFK.

In the past few years, Costner seems to have had a small resurgence, whether it be by taking small but effective roles (Man of Steel) or slipping in television and being ridiculously good (Hatfield & McCoys). Either way, it’s a good thing to see, even if he is still puncturing his good work with dirge on occasion (3 Days To Kill was an abomination). I could sit here and tell you all to go and watch JFK or Bull Durham to remind yourself or to understand that Costner is actually a fucking good actor, but I wouldn’t insult your intelligence as such because you should have watched those already (you really should). Instead, I give you a handful of lesser known cuts from Costner’s c.v. that deserve to be seen more. 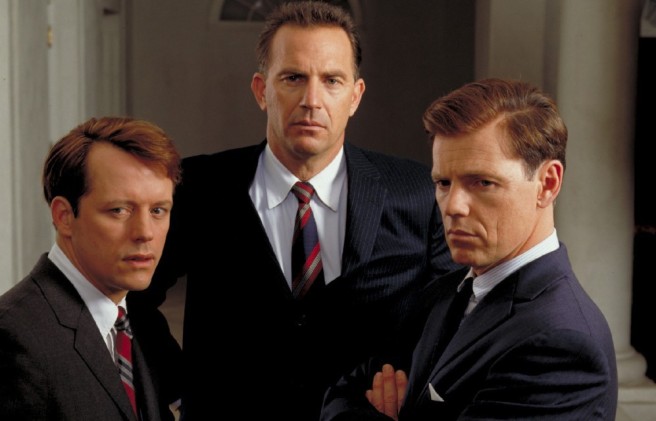 Okay, okay, okay…. This films takes a hell of a lot of dramatic license with many things, in particular the size of the role that Costner’s character, Kenneth O’Donnell, had within the whole Cuban Missile Crisis itself, however Thirteen Days is a really solid political drama. Bruce Greenwood (who really should be President now he has played two US Presidents in his varied film career – which is more practice than most nominees get) is JFK who, after seeing surveillance showing the Soviets placing nuclear weapons in Cuba has to make a plan of action that won’t end in an all out nuclear war. It’s a film with very few action sequences (Pearl Harbour this is not and thank bugger it isn’t) and a whole lot of scenes of men talking with furrowed brows in various nicely furnished rooms. But this low key approach is extremely effective. Costner, however much a lie the size of his character’s role in the crisis was, imbues O’Donnell with a sense of control, the calm in the eye of the storm, and becomes the relatable locus for us gather around.

Before The Big Short blustered its way into cinemas, The Company Men, along with Margin Call, was probably the best film out there tackling the thorny issue of the 2008 financial crisis. While Margin Call took the more technical, real time approach, The Company Men took a more human route, focussing on the life altering effects of the collapsing institutions and downsizing. Costner plays the blue-collar, straight talking drywaller who takes his brother-in-law (Ben Affleck) in for work after Affleck’s white collar, corporate stooge is let go from his job. Five years ago, the combination of Affleck and Costner would have made me sellotape my eyes closed and place a bin on my head but alas time has passed and tastes have changed. Costner is wonderful in The Company Men, anchoring his and Affleck’s portion of the story with his typical understated gravitas. His role isn’t a big one, most of the heavy hitting is done by Tommy Lee Jones and Chris Cooper, but The Company Men was one of the more intriguing stepping stones in Costner’s journey in leaving his insipid late 90s film career behind. 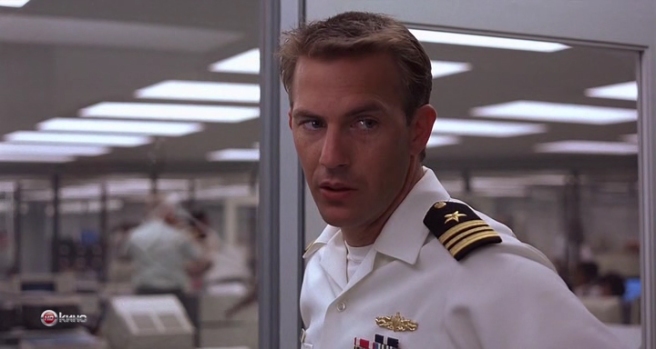 No Way Out is a proper taut and tense homage to those twisty political thrillers of the 40s and 50s. It’s far more well regarded in the USA than it is here in the UK and gave Costner his big Hollywood break a few years after The Big Chill was meant to do the same before his scenes were left on the cutting room floor. Costner plays a naive Navy Intelligence officer brought into help the delightfully bolshy and desperate Gene Hackman to cover up a murder of a young woman that both of them happened to be sleeping with. It’s easy to see why this broke Costner into the big time, he pretty much carries this film on his shoulders with consummate ease, that youthful faced freshness of his comes good making you see how truly out of depth his character is. As the manipulations and plot turns pile up, No Way Out turns into a guessing game of who is playing who and then the twist at the end turns absolutely everything on its head. It’s refreshing to find a thriller that is over 25 years old and that still makes you go ‘oh shit’ at the end. See. It.

A convict with a heart story… yaaay. But before you snort derisively and pooh pooh with vigour, I’m going to put it out there that this is one of my favourite Clint Eastwood films along with Unforgiven and Absolute Power. The story is a deceptively simple one. Costner plays an escaped convict Butch who takes a young boy as a hostage as he tries to flee the state. Eastwood is the Texas Ranger who has a past with Butch and, after learning of his escape, is determined to set things right. When I write this plot down it sounds absolutely ridiculous and mawkish to the hilt but Eastwood (who also directs) handles the material with such respect and care it’s so bloody difficult to not get drawn in and i’m not afraid to admit that I nearly cried at the conclusion. This is also one of Costner’s best performances in my very humble opinion, his Butch is a subtle and nuanced piece of acting, there is no massive grandstanding or lengthy monologuing; there is just great scene after great scene. 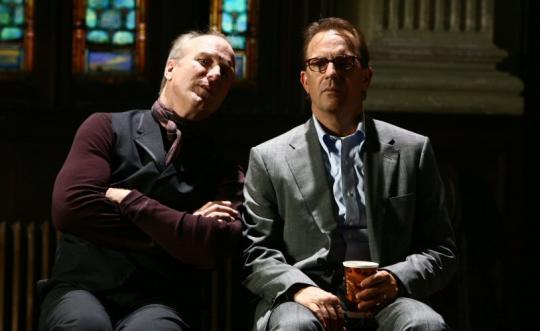 When you read the synopsis of this film and see that Costner is playing a serial killer you immediately think that you have another The Postman-esque flop on your hands. Costner is too All-American, blonde hair and twinkly blue eyed to pull off such a grotesque human being. However, the reasons as to why it shouldn’t work are the exacts reasons why it does. Costner subverts our expectations of him as an actor, and the type of character we usually see him portraying. We expect him to be a hard-working Joe with a nice family and a nice white picket fence around his house, and technically speaking that is what we get but with a seriously big difference. Costner is Earl Brooks, a massively successful, well liked businessman who has a secret life as the ‘Thumbprint Killer’. For the past two years, he has managed to keep his murderous urges at bay by attending twelve step addiction meetings under the guise of being a substance abuser, but his urges are becoming more intense as his id (played with relish by William Hurt) becomes more and more insistent that they take a victim. I can’t emphasis enough how much of a grim delight it is to see Costner take a massive step away from his comfort zone and play a frighteningly homicidal yet seemingly normal man. Yes, Hurt does have the more intensely manic role as the id, but Costner is the one doing the killing and you can see how much Earl enjoys it no matter how hard he has been trying to quell his urges. There are some silly little plot turns which threaten to veer Mr Brooks off in hokey territory, however, the presence that Costner and Hurt bring to the proceedings keeps the film on an even footing. Rumours of a sequel were floating around a few years back but have seemed to have fizzled into nothing, which is a massive shame as Brooks is a character i would have happily watched more of. So make the most of this one, and if you haven’t already seen it then get your life sorted out.

7 thoughts on “The Costner Change Around”