The Witcher 3: The Wild Hunt is an incredible game by itself. It’s also a very big game, you could easily spend 100 hours playing and still have more to do. I think this is the reason it took me so long to get round to playing the Hearts of Stone expansion, I was all Witchered out. But I’m glad I finally did because itwasn’t long before I was reminded why I love this series so much. 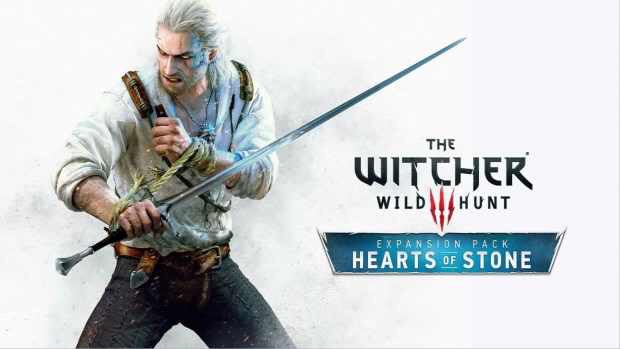 It’s worth noting up front that to even play this downloadable expansion they recommend that you’re level 32 which is pretty close to end game. There will also be general spoilers for the Hearts of Stone quests in this review.

Once again we take control of Geralt of Rivia, resident monster hunter and all around problem solver of this world. He takes on a seemingly innocuous contract to slay a monster in the sewers. This ends up being a pretty annoying boss fight that turns south and ends up with Geralt imprisoned on ship destined for a far away land to be executed. This is where the real story begins, a mysterious man appears and offers Geralt a way off the ship if he in turn helps this disturbingly sinister man out with his problems.

A Witcher Always Repays His Debt

You’re tasked with fulfilling 3 requests to repay your debt that take you all over the surrounding countryside of Novigrad. They haven’t added any new landmass for you to explore in this update, instead they made good use of some areas that you wouldn’t visit during a normal play through of the main game. This meant a lot of the areas felt new even though they technically weren’t.

The first quest I embarked on was to show Vlodimir Von Everec one last night on the town, sounds simple enough right? Well it turns out that he’s been dead for quite a while. You end up having to go and resurrect him from their family crypt and let him possess your body so he can go and attend a wedding party. This leads to some great comedic moments where Vlodimir is being his outgoing, womanising self in Geralt’s body which is a complete contrast to his regular stoic personality. This is a great example of how the Witcher subverts your expectation that it’s just another stuffy, self serious high fantasy game and shows that it’s not afraid to get completely ridiculous and light hearted from time to time.

The next task I embarked on was to retrieve some important documents from an auction house. The owner was less than cooperative so you end up planning a heist mission to get into the auction house’s vault. You even get a choice of which specialists you recruit to breach the vault door and scale the building. I love situations like this where they insert modern story concepts into the fantasy world of the Witcher.

The final task culminates in a sort of twisted retelling of the Beauty and the Beast story, giving you a glimpse of everyone’s dark past. There are some tough choices for you to make along the way influencing whether certain characters live or die. The most important of these giving you a time limit when deciding your answer just to ratchet up the intensity one more notch. 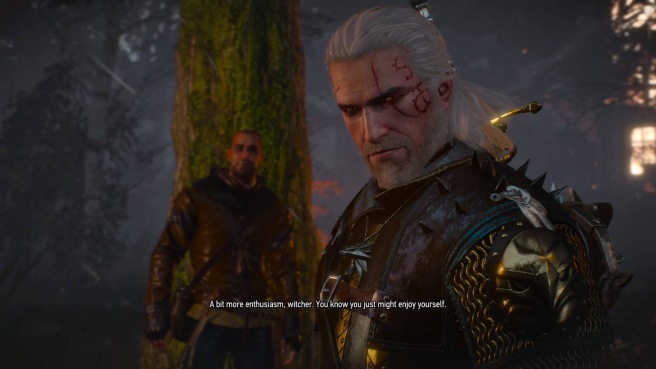 Other than these story missions (which can take around 10 hours to complete) they do add in a few extra bits and pieces. There’s a new weapon and armour enchanter who can add unique upgrades to your equipment. A snazzy new all black suit of Witcher armor to collect throughout the quests. They do add a new Witcher contract too where you have to try and find someone’s lost friend but it seemed very uneventful, unless I messed it up in some way and missed something (which I have done before).

Overall I really enjoyed this expansion, it doesn’t really fix any of the problems people had with the base game. The item system is still a bit clunky to navigate and the game can still slow down and stutter if there are lots of enemies on screen. They’ve said they would try and make some more improvements to the performance of the game this month when they release the next expansion though. If you were like me and not sure if you were ready to come back to the game I would definitely recommend it just for the new quests alone.