If you grew up or were born in the 80s, that chances are you watched the Teenage Mutant Nina Turtles at some point. Me and my brother, we were huge fans out mum even made a turtle costume for us to play turtles with. Here’s the photo to prove it. 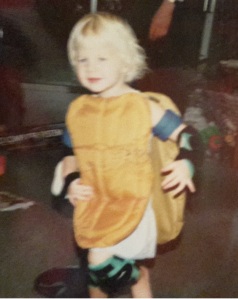 In the UK they were called Teenage Mutant Hero Turtles, just incase kids were corrupted by ancient martial arts and nunchucks or something like that. The reasons are a little hazy.

I haven’t seen this since I was a young kid, and I remember it being… Not great, but then what did I know, I thought  . When it was my turn to choose the movie for  my regular bucket o’ chicken night with my friend I had a hankering for some nostalgia, and I wanted to wipe the Michael Bay effort from my mind.

So, the movie starts out with various news outlets reporting about a spate of break ins and gang activity in New York, which has been linked to a Foot Clan, which originated in Japan.

A plucky young reporter by the name of April O’Neil comes under attack in the Subway after some super sleuthing  led her to talk about the Foot Clan on television. After she gets knocked unconscious a mysterious turtle like figure comes to the rescue and takes her back to his sewer. 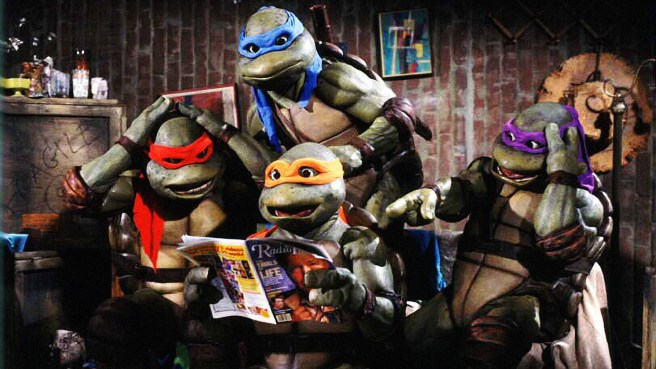 Here April meets the rest of the Turtles, Leonardo, Donatello, and Michelangelo (Raphael being the one who rescued her), as well as their master, Splinter.

At this point it’s worth mentioning that the characterisations are spot on. Even through those strange rubber suits, they’re all just as I remember them from the show. Raph is the wise-ass, Mikey’s the party dude, Donatello’s the techy guy and Leonardo is the natural leader of the gang. Even dear old splinter is full of Eastern wisdom and serenity just like the old days. Most important of all, they’re still obsessed with pizza! 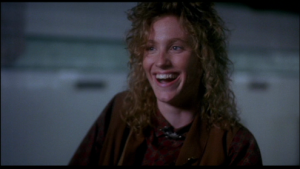 The best character, though is April. She goes out there and follows her heart even though she could get in trouble or lose her job. The truth is what is important to her. Best of all, she has not been overly sexualised. She’s just a regular woman trying to do her job well. She’s not some glamazon, she’s not doing it for revenge or some convoluted reasons about her dad. She’s trying to be a good reporter who is accountable for her own actions. Though sometimes she’s a little left out of the action sequences she still kicks ass in her own way.

After the introductions it becomes clear that a Foot Soldier has followed Raph back to the turtle lair, after some (intentionally) comedic fighting they all manage to escape, apart from Splinter who gets kidnapped and taken back to meet the leader of the Foot Clan, the evil Shredder. 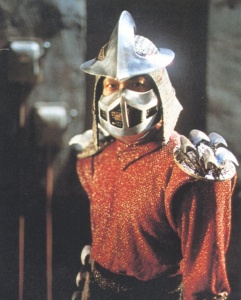 Shredder doesn’t really have that much to do in the film, apart from skulk about and make threats. He also has a hat that looks like a bicycle helmet with bits stuck on and wears a top that looks like he stole it from Prince’s wardrobe, but he does a good job of skulking about.

The turtles and April team up with Casey Jones and start to prepare to take on the foot clan, and ultimately Shredder to take back the city, and their Master from the evil scourge.

I was really expecting this to be really, really terrible. Like Mortal Kombat or Street Fighter terrible. Actually, it wasn’t nearly half as bad as I remember it.

Yes, it was pretty cheesy, but so was the cartoon. If you just go with it you’ll love it. There’s plenty of bad puns and dad jokes to give you a good groan, with a secret ‘that was pretty funny’ smile. As well as some great slapstick moments.

Speaking of which, the choreography is done pretty well. When you consider they were four guys in rubber turtle suits it’s actually kind of impressive. The fight scenes are al interesting and provide a good mix of cheesy puns and actual fighting, which is never too violent as this is a PG.

The puppetry works well even if they couldn’t quite get the hang of lip synching and Donatello has this weird thing where his lip keeps going up at the end of every sentence. Though it has to be said, the scene with a pre-mutated Splinter practising ninja moves whilst watching his own Master, Yoshi. It truly is something to behold.

Something else I really loved about this is that it really encapsulates the feeling of New York in the late 80s/early 90s when the city was still years away from becoming the relatively safe tourist destination it is today. It feels grimy and dirty, even though it has that PG rating it feels like there is danger in the air every time it ventures into the street of New York.

Even though it has been watered down and made acceptable for children it’s also a great showcase for how gangs operate by finding vulnerable people and giving them a place and people to call their own, a substitute family. 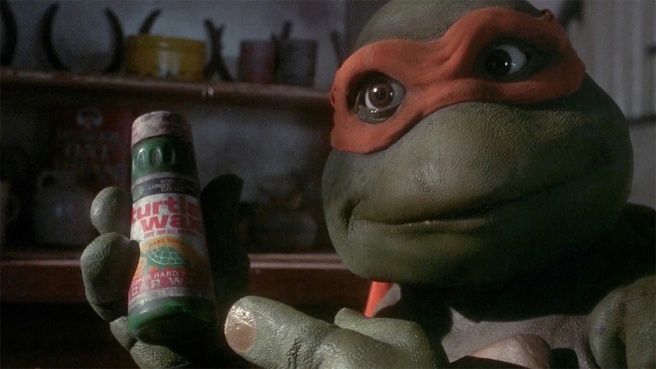 Overall this is a bit cheesy, and maybe a bit naff in parts. Sometimes the story becomes a little confused, but you still get the jist of what’s going on. It might not make a greatest ever movie list, but for what it is, it is great. A piece of nostalgia you can let wash over you like snuggling up to a favourite childhood blankie.