Being one of the biggest video game series of all time, Pokémon has built up an understandably huge and rabid fanbase. In the few years between main game releases fans can sometime get a little bored and come up with theories to explain things that you never even knew needed explaining. Granted, a lot of these veer off heavily into fan fiction territory but some of them raise legitimate questions. So grab a bowl of creepy pasta and settle down for the darkest fan theories in the Pokémon world.

Disclaimer – There will be many PokéPuns throughout this post, I will provide explanatory links for the uninitiated.

5. Gary’s Raticate didn’t make it off the S.S. Anne

Everyone who’s played Pokémon Red/Blue/Yellow will remember this rival battle. The S.S. Anne is a pretty tough area, there’s no way to heal on the ship and just as you think you’re done battling all the passengers Gary Oak shows up to halt your progress. In this battle he uses a Raticate that you’ve fought before a couple of times before but unfortunately this is the last time it’s ever seen in the game.

Some fans have theorised that Raticate was badly injured in the battle and through the confusion of being stuck on a cruise ship Gary wasn’t able to get him to the Pokémon centre in time. This is given credence by the fact that the next time we face Gary he’s in Lavender Tower which is essentially a multi storey Pokémon mausoleum and Raticate is missing from his party.

It’s a fun story to explain where it went but it’s more likely that Gary just boxed his Raticate like many of us did because it’s not a very good Pokémon. Or maybe his Pokémon we changed so he wouldn’t be too difficult to fight when you get there. He certainly doesn’t act sad when you meet him again, he even makes a pun that your Pokémon don’t look dead and goes on to say that he’s at the tower looking for a Cubone. Unless of course he’s using humour to cover his guilt? We may never know.

Being a ghost type Pokémon makes Gengar’s very existence a dark idea. Nobody wants to think of poor cute Pokémon dying. People have noted some spooky similarities between Gengar and Clefable which have lead them to the conclusion Gengar may be a shadow version of Clefable come to life.

The similarities start with the body shape, their silhouettes are very close and the PokéDex entries log them at very similar heights and weights too. Their main types are also a mirror of each other, Normal type moves can’t hit a ghost type Pokémon and vise versa. According to early development art these two were also some of the first Pokémon ever designed so maybe they were supposed to be linked in some way. 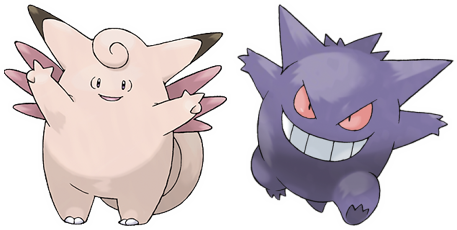 The problem with this theory is that it doesn’t explain either of their respective previous evolutions. Cleffa and Clefairy don’t seem to have anything in common with Ghastly and Haunter. Plus none of the in game material makes any reference to them being related in any way. One thing is that Gengar’s name is probably a reference to a doppelgänger which is a spirit that mimics people so maybe there is some truth to this spooky theory.

3. Ditto is a failed clone of Mew

Being the first super secret Pokémon in the game’s history and supposedly the progenitor of all Pokémon life, Mew has always set imaginative minds racing. Back in the 90s kids would swear blind that you could find him by using Strength on that truck next to the S.S.Anne and you would try it because Mew was so mysterious and there was no internet back then to check. This failed cloning theory however does not seem as Farfetch’d when you look at some of the in game evidence.

It is well documented through some journal excerpts you find in the Pokémon Mansion on Cinnabar Island that Mewtwo was cloned from the newly christened Mew after scientists discovered the endless possibilities of its DNA. Throughout these “years of horrific gene splicing and DNA engineering experiments” it’s entirely conceivable that one of these failed attempts could have resulted in a Ditto. That’s not all we have to go on though, Mew and Ditto both have almost identical heights and weights, they are both gender-less and they also share the same colour for their normal and shiny variants. Ditto’s whole gimmick is that their only move is transform which copies the opponent’s appearance and moves. Who’s the only other Pokémon who can learn this? You guessed it, Mew. The last piece of evidence is that from Pokémon Yellow onward you can find Ditto in the Pokémon Mansion which is believed to be the remnants of the Lab where Mewtwo was created. 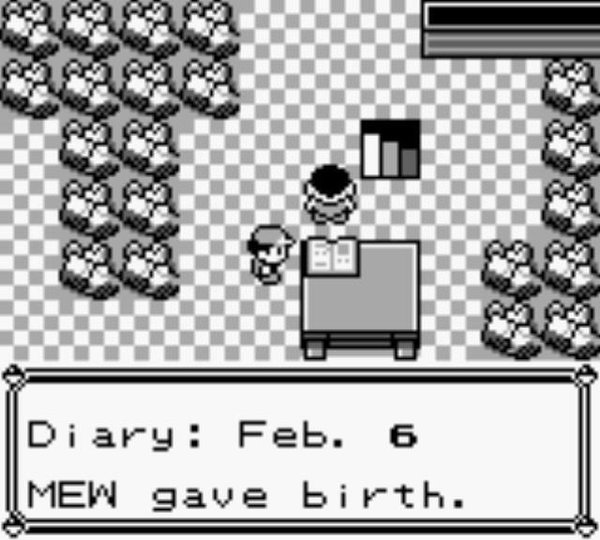 Unfortunately people finally asked the Pokémon creator if this was true at a Q&A and he had no idea what they were talking about… But isn’t that what he’d want us to think? Never give up on the conspiracy! Wake up Mareeple!

2. Cubone is an abandoned Kangaskhan cub

Cubone’s story is already one of the darkest and saddest things in the game. Categorised as the lonely Pokémon it is said to wear the the skull of its deceased mother, at night it cries mournfully which causes its skull helmet to rattle hollowly.

There are many references in the PokéDex to Cubone’s mother but it has never been formally named as another Pokémon species. This has lead people to theorise that Cubone could be an abandoned Kangaskhan cub. Kangaskhan is a kangaroo-like pokemon that is always pictured with a cub in their pouch. They are said to fiercely protect their young at any cost, perhaps even the ultimate cost in some cases. Perhaps the abandoned cub was forced to use the skull and another bone for protection thus starting off a new evolutionary line which would eventually lead Cubone to evolve into Marowak. Other people think that Marowak was originally supposed to evolve into Kangaskhan but this idea was scrapped late on in the game’s development. Again, the Pokémon creators have never confirmed any of these claims so we’re just left with our imaginations running wild.

1. Ash is in a coma throughout the anime series 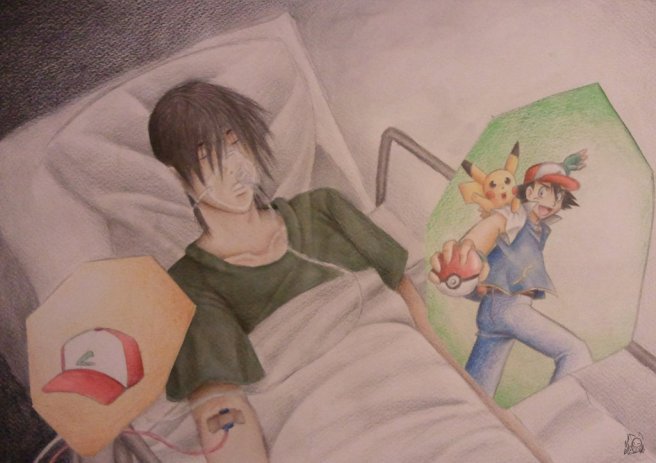 Now this is one definitely crosses a line into the fan fiction. It seems to have originated on creepypasta.com which is a site where people share ghost stories. This theory concerns the Pokémon animated series and doesn’t really have anything to do with the games. In the first episode of the show the main character Ash and his Pikachu are attacked by a big flock of Spearow. In this bout Pikachu uses the power of a thunderstorm to to launch a massive attack on the angry birds which results in everyone getting knocked back by a big explosion. Some people think that in this moment Ash is put into a coma by the electric shock and the rest of the anime plays out in his head.

The theory is that Ash’s subconscious is trying to protect him from possible brain damage which also lets him live out his Pokémon trainer fantasies in piece. After this incident in the first episode the tone of the following episodes do change a bit. The series bad guys Team Rocket are a lot less menacing after this and become more of a comedy mild annoyance as the series goes on. In the now over 900 episodes of the show Ash has never physically aged a day but other characters have. The police officers and medical staff all have the same appearance and name, this is flimsily explained away by them being identical twins in the show.  His traveling partners could also represent aspects of himself. Brock being a surrogate parental figure and Misty, his ideal love interest. It might also explain why Ash always saves the world and meets all the legendary Pokémon yet nobody knows who he is and he never gets any recognition for it.

Overall this bit of fanfiction is a bit heavy handed and pretty easy to poke holes in but it would make the Pokémon anime one hell of a dark story if true. If you want to read the full coma story you can get that here.

So that is what I think are the darkest Pokémon fan theories on the internet, there are plenty more if any PokéFans out there have the stomach for it but for everyone else here’s the Pokémon theme song to cheer you up!