Video game music can be a beautiful thing. Using relatively primitive hardware (by today’s standards) composers in the 80’s helped transport us to far off worlds and created some of the most recognisable tunes in gaming.

However, in the wrong hands the sound chips of our old consoles can be used to create a cacophony worthy of a demon summoning. The silver lining of this is that most of these crappy games would have faded into obscurity if not for their ridiculous soundtracks and now they can live on forever in infamy.

Information is very scarce about this “game”. All the internet seems to know about it is that it’s Venezuelan, was made in 2004 and is horrible in every way. Not only is the audio unlistenable but the visuals are a chore to look at too. The “game” consists of you picking a bus you’d like to drive which you can then move forwards and backwards on the screen while you listen to this rockin’ tune… and that’s about it.

I don’t even know how to describe this track with words. It’s very possible that the notes have been chosen randomly because if someone actually composed this purposefully then that would actually be impressive. The reason this isn’t higher on my list is because it seems to have been created as a joke. There’s just no way something this repulsive could have been created unknowingly.

4. The Amazing Spider-Man vs. The Kingpin – Swing Time

Yes, the masters of guitar wankery with the lovely hair themselves. 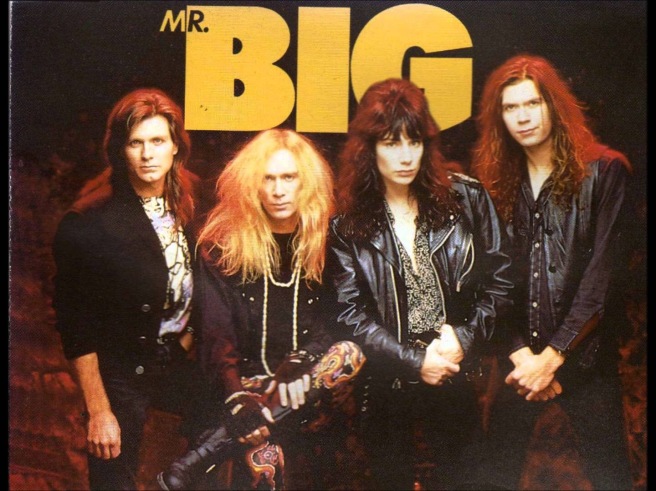 Mr. Big were apparently commissioned to write a song about Spider-Man. Problem is, whoever wrote the lyrics didn’t seem to know a lot about him. Sure they got in plenty of web analogies but I’ve never heard Spider-Man described as “Flying for justice” or that he “Takes no prisoners”. Apparently there’s no mercy from your friendly neighbourhood Spider-Man kids!

Overall this is just a bad rock song, unless you love Mr. Big (does such a person exist?) this is just embarrassing to listen to. Once developers got hold of CD technology they probably thought this would sound really cool but all it actually does is make this game sound like a ridiculous 90s relic.

Now we’re getting into the good stuff. Just let that heavily compressed cover version of Jennifer Lopez’ “Waiting For Tonight” wash over you. Feel the off key auto tune penetrate your soul and gaze into the true face of fear! 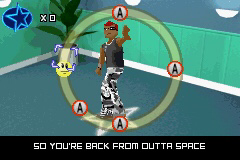 I don’t know whose bright idea cramming a musical rhythm game onto a GBA cart was. If the music wasn’t so hilariously bad sounding you could even be a little impressed they managed to fit the whole game on there. Even if you perform the song flawlessly and don’t miss a note your monstrous singer still warbles aimlessly along with the backing track. This game fails in every way possible, unless they were trying to create the stupidest GBA game of all time.

I’ll admit I didn’t even know this game existed before I started researching this topic. I was happier in then. The Adventures of Rad Gravity is one of your run of the mill 2D platformers that sprung up after the success of Super Mario. You take control of Bruce Campbell wannabe Rad Gravity as he goes from planet to planet stabbing cyborg zombies and aliens with his off brand lightsaber. The game might be ok but you know what they say “you never get a second chance at a first impression” and Rad Gravity’s title screen music is just about the worst first impression in all of gaming.

The opening few seconds of this track are impressively bad. If anyone was ever curious what a descent into madness actually sounds like then I think this is the closest representation. The problem with this song is that it actually has a catchy rhythm underneath all the high pitched atonal nonsense, this is the part that infects you mind and will never go away. It…Just…Never…Stops…. 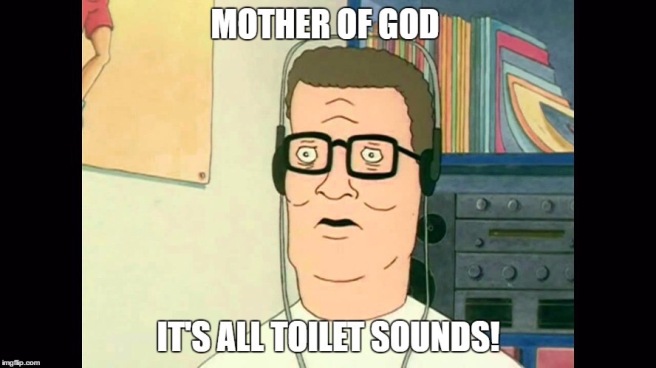 The Chessmaster theme is definitely in contention for one of the funniest songs ever created by the human race. It really is the crown jewel of bad video game music. It’s got everything: farting bass guitar, an atonal piano solo and drums that sound out of time which is almost impossible to do when you’re making digital music!

Chessmaster is exactly what it sounds like, a chess game. Can you imagine sitting down to a nice game of chess with a loved one accompanied to this track? Classical music would have been a better fit with the chess theme, not this experimental jazz-funk slop they came up with. Surely this song is some kind of joke by the developers and composer. I don’t believe that anyone could seriously create this and not be constantly laughing throughout the whole process. Even the eponymous Chessmaster himself looks pained by having to listen to this track. 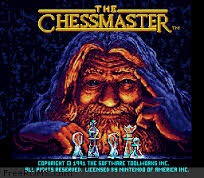 And I don’t blame him.

Not content with cracking the superhero team-up movie formula way before DC and just over a month removed from the critical flop Batman v Superman, Marvel have also shown everyone just how a hero vs hero movie should be done. 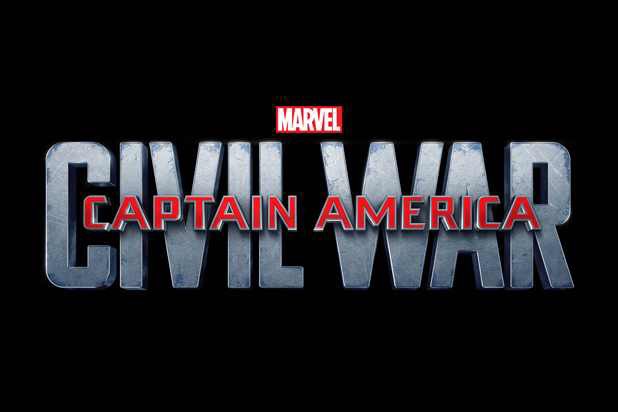 Civil War is the latest instalment in Marvel’s cinematic universe which sees the Avengers fractured due to consequences from their previous adventures. The film takes inspiration from the 2006 comic storyline of the same name but it changes a lot of stuff so it fits better into the Marvel Cinematic Universe.

Despite being a named Captain America movie, Civil War is totally the next Avengers movie. Cap is technically the main character but there’s a lot of Iron Man and the gang too. We open with big chase scene where the Avengers team as we saw them at the end of Age of Ultron is trying to stop Crossbones (the douchey Hydra agent from Winter Soldier in cool skull themed body armor) from stealing a bio weapon. We get Cap, Black Widow and Falcon running through a crowded market place where there are plenty of masked goons for them to throw around.

I really love how they handle the fight choreography in this movie. Obviously Cap can’t throw guys through buildings like Superman or Hulk but if he hits a running dropkick on a guy you better believe he’s going to fly back 30 feet into a wall. Sparing use of CG also helps everything have a real impact. They’re also not afraid to do more complicated fight scenes with huge groups of people. There’s a really impressive scene like this where Cap and Bucky are escaping from an apartment and fight their way through about 100 guys down the stairwell. 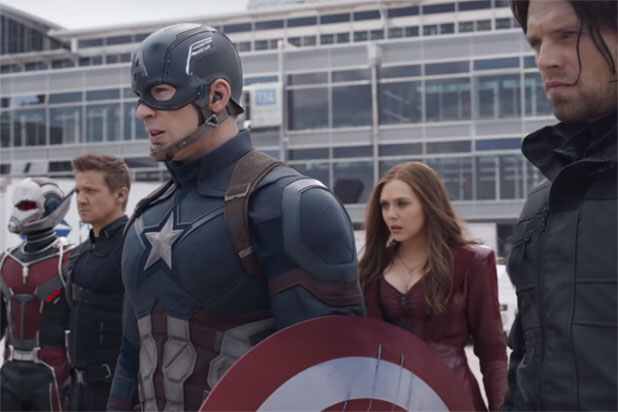 Whatever a Spider Can

The rift in the team partially comes from an accident in this first scene where Crossbones set’s off a bomb blowing up part of a government building. This combined with the Avenger’s other incidents of collateral damage spur the UN to create document which would stop the Avengers deploying unless the UN deems it necessary. A side effect of this is that any heroes operating without the government say so would become criminals. Cap doesn’t want to sign and thinks they can do more good un-regulated whereas Iron Man thinks they need to play by the rules to stop more needless deaths. I love when Marvel delves into the real world consequences of superheroes. Granted, it runs the risk of getting too serious but Civil War still keeps that trademark Whedon-esque charm that they’ve had since the first Avengers movie.

So now that Cap and Iron Man are lacking some team mates they both recruit a little extra help. Cap collect some members who aren’t too bothered by being on the wrong side of the law which turns out to be Hawkeye and Ant-Man. Paul Rudd is great in this movie, his irreverent humour in the face of being totally out of his league is hilarious. Iron Man decides to one up this by recruiting the newest member to the MCU, Spider-Man! 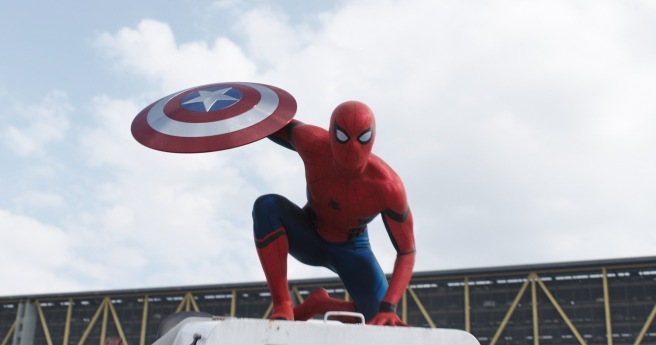 So once the two side are evened out they’ve got to have a big fight, naturally. This is definitely one of the best fight scenes they’ve had in any Marvel movie to date. Everyone gets a moment to shine and it’s the first time we properly see Spider-Man in action. Obviously we’ve seen his web slinging and acrobatics in other movies before but they really make a point of showing off his lesser known skills like his super strength and his wisecracking. Seeing all of these Iconic heroes battle on the big screen is truly amazing and I’m so glad we finally got to see it.


We need you Cap

When it all comes down to it though this is really a story about Steve Rogers and Tony Stark. We’ve spent the last 2 Avengers films watching them become friends but that all comes crashing down over the course of this movie. Stark does come off looking worse overall due to some questionable choices but you can definitely see both sides of the argument. There are some surprisingly emotional scenes considering this is a movie about costumed lunatics running around punching each other. It also leaves us with plenty of questions about the future Avengers movies and how they will function after all this. 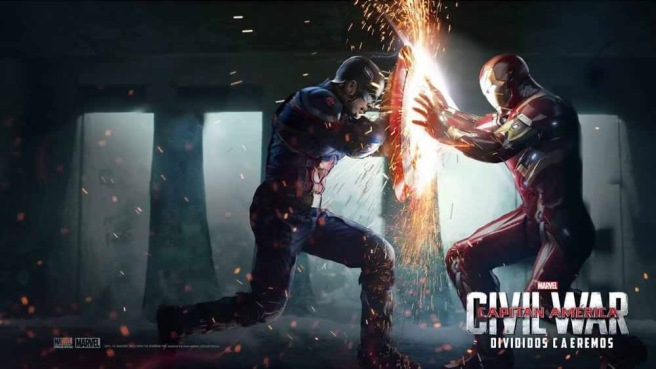 I really enjoyed this movie from start to finish, it brought back some of the perfectly timed comedy moments that I thought Age of Ultron was missing and the action scenes are easily their best to date. The only bad point I noticed was the pacing was a bit rushed at times, they had a lot to get through in their 2hr 26 min so it moves at more of a quick comic book pace. This meant they had to put in a few convenient plot moments like Bucky miraculously getting his memories back after being knocked out for a few minutes of screen time. Other than that I really can’t fault this movie, after the disappointment of Batman v Superman I was so glad Captain America: Civil War was everything I wanted it to be and more.